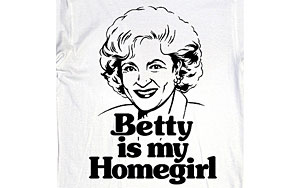 She’s funny – has a wonderful sense of humour. She’s intelligent – she always seems to know something about everything. She’s attractive – you know, in that, wifey-ish kinda way. You’ve been friends with her longer than you can remember. She’s seen them all come and go – tall, short, dark skinned, light. She laughed at you when you had the thing for skinny models, she helped pick out several birthday gifts, valentines day gifts and even ‘I’m sorry’ cards. Heck, she’s even raised you money severally when things were “tight”. Yes. She knows you almost as well as your mother – if not more. She’s not your sister (even though you call her that sometimes), she’s not your girlfriend, she’s not your best friend, she’s your “homegurl”.

Here’s the part you don’t tell her – she’s probably dark skinned, on the ermm… “chubby” side – ok, ok, she’s fat? She wears little or no makeup, hardly ever wears a dress (except that one time you dragged her to that dinner as your date); she knows as much as you, or probably more than you when it comes to the Premier League and sports generally; she has no problem belching or farting around you; discussing her menstrual cycle isn’t a taboo; and sex? You can’t remember the last time she brought up the topic but you always seem to discuss it with her cause well, she just gets you like that.

Most guys have at some point had or currently have the person described above. No matter how much we deny it, we all have that one (or more) go-to-gurl who always has our back. For some, it might be their moms, others, sisters and in some cases, they might not even be as described above. I know some friends with “homegurls” hotter than their girlfriends/wives. A lot of people say the best kinds of marriages happen when a guy marries his best friend. Probably so. But except I’ve been rolling in the wrong packs, finding a woman with all I described in the first paragraph combined with the opposite of all I described in the second, is very very rare these days.

Solution? Find the opposite of paragraph two, hook up with her and keep your “homegurl” on the side/close by? Did I hear you say trouble? Well, I don’t know about you but most times I hear girls in relationships feel threatened by their man’s “homegurl” is when she’s serious competition. And by that, I mean paragraph 1+ opposite of 2 + possibly more.

Where am I going with this? Well, I saw the movie, Just Wright yesterday and seeing Common and Queen Latifah’s characters hook up at the end made me wonder just how often that happens in life. Can the reason behind this be my theory on paragraph 1 & 2 or is there some other reason. Maybe we should even start from “homegurls” and why we men seem to need them. Let’s hear from the guys today and if you’re a gurl, perhaps a homegurl, please use the comment box and speak your mind. Cheers.

PS: I know I’m supposed to pick the ticket winner for the Fela in Lagos show today but instead of picking the closest answer, I’ve decided to let it run for a couple more days. You have till midnight Wednesday, Nigerian time to put up your answer and I’ll announce the winner on Thursday. Good luck.

I mostly refer to myself as an unrepentant media addict .. Well, cause I'm mostly always hunting for information through one media channel or the other... Hit me up on twitter @thetoolsman
View all posts by thetoolsman »
« Fantasize this.
The concept of FREE »